We couldn’t be a teddy bear shop without loving Teddy Bears- could we?

There are many famous Teds out there and our five favourites are: 2. Paddington Bear. Paddington is another of our favourite teddy bears. The friendly bear from                      darkest Peru with his old hat, battered suitcase, duffel coat and love of marmalade is another classic          character from British children’s literature. At Teddies, our fabulous sewer Josie has dressed one of          our gorgeous Basil Bears as Paddington. Rather a good look – don’t you agree? 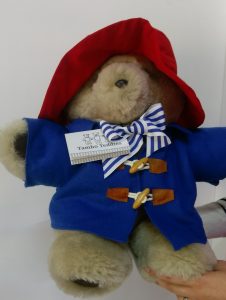 4. Rupert Bear, another English teddy bear character. Initially created as a comic book character by              the English artist Mary Tourtel, he first appeared in the Daily Express in 1920. Today, Rupert Bear            features in books, on TV and there is a whole franchise of merchandise built around this colourful              character and his adventures. In 2020, Rupert celebrates his 100th birthday, still bringing a smile              to readers everyday. 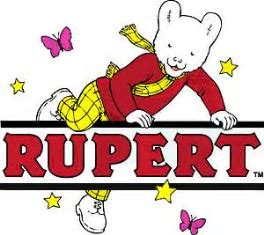 Of course, we do love our own Teddy Bears and are always striving to bring new colours and fun into our range. Who is your favourite Teddy Bear?